2 Ted Talks You Need To Watch As An Entrepreneur 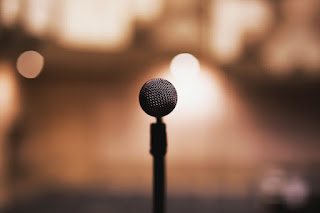 Entrepreneurship is both a rewarding and potentially isolating way of doing work. A lot of people desire to work for themselves, but the reality of doing so is sometimes more of a challenge than what people had bargained for. This is why those who do this kind of work need frequent bursts of inspiration from others who have done the same or similar types of projects before them. A great place to find some of that inspiration is through Ted Talks.
How I Became An Entrepreneur At 66
Age really is just a number if you are asking Paul Tasner. He went on to defy social stereotypes that someone who is well into AARP membership age could not start their own business or be an entrepreneur. He didn’t become one until the age of 66. However, at that point he took it on with a passion that most of us desire for the things we do in our lives.
He had worked for other people for more than forty years, but he was not ready to hang up the hat and contribute nothing more to society. Rather, he took the experience that he had gained through all of those years along with some of his own ideas about business and mashed them together to form his own ventures. His talk is definitely one to check out.
There Is No Shame In Taking Care Of Your Mental Health
Scroll through your Facebook or Twitter feed one of these days and take note of the number of people describing mental health issues that they are having. They might be trying to laugh them off, but in reality there is a desperate cry underneath those jokes saying “something is not right here!”.
This particular Ted Talk helps explore the issues of how we treat mental health, and how we sometimes brush it aside in our own lives in order to avoid taking time away from our work or other responsibilities. This talk makes the argument that doing so is more costly than whatever work we are missing out on in the meantime. This talk is definitely one to watch for anyone suffering from mental health issues, but also just for those who know someone who may have these kinds of struggles as well.
Posted by Unknown at 6:44 AM